Every year Greyboy Pet Prints donates 3 dog portrait gifts to the 3 top finalists for the Dogs on Deployment Annual Mascot Competition. The dog that wins gets to be the ambassador for Dogs on Deployment helping spread their mission for the year (of helping military pet owners be able to keep their pets while being deployed).

Here are the 2021 winner and finalists AND their amazing stories of how each of these dogs truly helps their dads through life. Each of them sent in about 5 or so photos and I chose the best image to etch into custom dog portrait gifts so they would have a lasting keepsake to treasure their companions by. 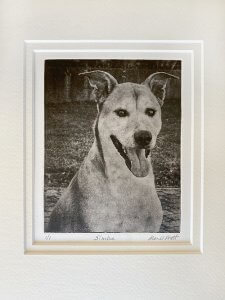 Hello, this is Simba and I would like to talk to you about why we decided to apply for military pet of the year. I would like to help support military families PCSing (deploying) with pets. Military moves are inevitable, and it is becoming increasingly difficult to find affordable ways to ship your pets if they cannot be with their owners on flights. With pet shipping companies, it is costing some families over $10,000 to move pets, forcing some to sadly leave their furry family members behind; either re-homing or putting them in a shelter.

I hope to help decrease the financial burden for pet PCS costs by a donation based fund known worldwide. This doesn’t have to end as a one year initiative but can become long lasting. Although happy here, Simba hasn’t always had it easy. Simba was found in a box on the side of the road. He grew up in a shelter then was adopted. He was neglected and in a crate 16-20 hours a day. 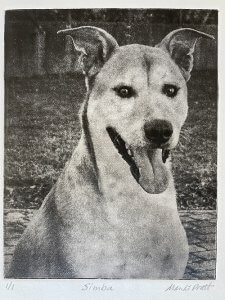 Shortly after I got him he had to undergo lifesaving abdominal surgery. He now has lifelong digestive issues. Through all this, he is the most loyal, trusting, and friendly dog you could ever meet. He loves all people and will instantly become your best friend. I have had two short tours where I have had to leave him temporarily, but he was able to provide emotional support for my parents when their two dogs passed away in the same year.

Simba’s strength, resilience, love, and constant easy going demeanor has made my life so much better; so know I speak for all pet lovers whether rescued, bought, or inherited, our pets are more than just four legged companions. They play a huge role in helping us cope with all life’s stressors. Thank you for your time! 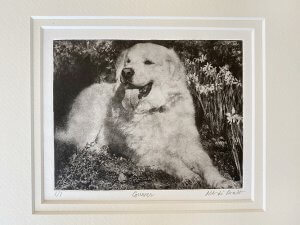 Gunner joined the Kinard family in June 2013 as a Service Dog. SD Gunner serves as a mobility service animal for Hamilton Kinard.
As a military veteran, serving our country for over 20 years in the US Army and National Guard, Hamilton Kinard received life-altering injuries after his unit took a direct hit from an IED in 2005.

Diagnosed with Traumatic Brain Injury among 43 other injuries, Hamilton was medically and honorably discharged in 2010 and became recipient to several awards and honors including the Purple Heart and Global War on Terrorism medal. 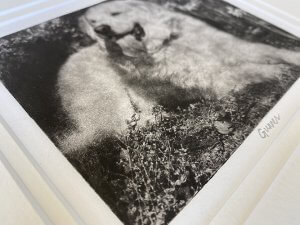 Gunner is the face of the SD Gunner Fund and through him, they have assisted over 75 families in their local community to receive service dogs and over 3000 children receive services from therapy dogs. 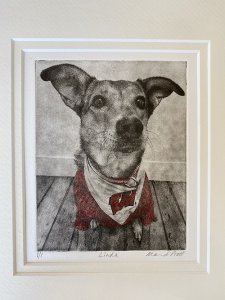 “Linda and I found each other in 2013 on a stormy July night at an airport near Plovdiv, Bulgaria. I was an Air Force Captain, and my C-130 crew had just arrived to take part in a three-week exercise with the Bulgarians. After exiting our crew van and grabbing my gear, I looked up and saw Linda first emerging from the darkness. As a dog lover I was immediately shaken by her heart-wrenching appearance. She was emaciated and soaking wet. Her left hind leg looked mis-shapen as she stood with it tucked up near her belly. She let me get close enough that I could see a bullet had shattered her leg leaving an infected wound. I later learned it is common practice to shoot strays in Bulgaria.

We were all rushed to our quarters due to the late arrival and I did not expect to see Linda again. However the next day when I showed up to fly, she again hobbled up to greet our van. I was shocked she had survived the storm, but came to understand that Linda had survived many similar nights and worse during the harsh Bulgarian winter.

Her spirit through hardship spoke to me, as I was also going through a hard time myself. I had returned from Afghanistan six months earlier and endured the unexpected end of a long-term relationship. Additionally, I was preparing to deploy again in September. I felt sad, lonely and directionless. Helping Linda became a mission that gave me a sense of purpose and got me on track spiritually.

I went to a Bulgarian pet store and was able to point to the items I needed to purchase. Over the next few weeks I fed Linda fresh food and water daily. She was always there when I arrived and quietly watched our crew van drive away at the end of each night.

Three days before departing for home, I realized that I could not leave her behind. After our final flight, I drove Linda to a vet. There were a lot of communication and logistical challenges to come, but I’ll just say that in thirty days Linda was picked up from the vet by a private car, cleared customs, and flew to meet me in Dallas.

Since arriving in America in August 2013, Linda and I have been through a lot of positive life changes. Her wounded leg was surgically repaired and she now has partial use of it. We’ve gone through two moves and five deployments. Personally, I met a wonderful woman who was also a military officer. She loves Linda as much as I do, and even took Linda to work at her squadron. We married in 2017 and always bring her along on our adventures. Together we discovered Linda’s affinity for the finer things in life (her favorite place in the world is Napa).

Linda and I met under unlikely circumstances, but I truly believe we were always meant to find one another.”

I truly hope each of these custom dog portrait etchings will help these 3 special dogs live in their dads’ hearts forever! Thank you dads and families for serving in our United States military! If YOU would like your own etched pet portrait, simple start by sharing your story with me and photos of your very loved companion. I’d love to meet him or her. 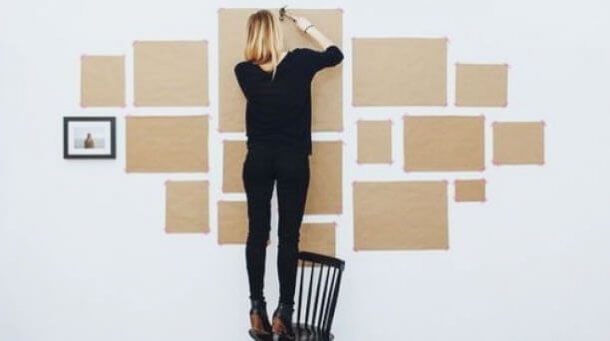 Your goodies are on their way! Check your email inbox.